On Friday September 25th members and friends of VHHS came together at the ELKs to celebrate VHHS’s 50th Anniversary with a good ole barn dance.  Music was supplied by the Long Hill String Band and dances were called by Sue Dupre.  It was a fun evening and a wonderful way to celebrate the 50 year anniversary. 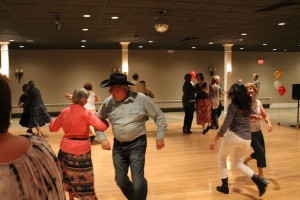 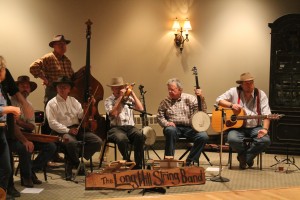 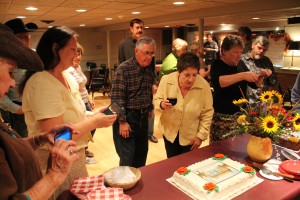 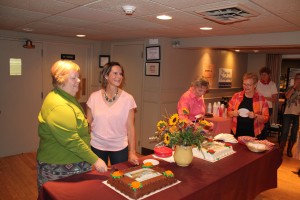 About the Reverend Van Harlingen

Just who was the Johannes Martinus Van Harlingen (1724-1795) for whom this church, the pretty village and our historical society are named?

Rev. Harlignen was born near Millstone in 1724, of Dutch parentage. He attended Princeton and then went to Holland to complete his studies. In 1762 he returned to America and took pastoral charge for 33 years of the united churches of Neshanic and Sourland (later called Harlingen) and died in 1795, universally beloved.

The Reverend preached only in the Dutch language until shortly before his death, when to gratify the younger people, he preached occasionally in English. He was faithful, a patron of learning, one of the original trustees of Queen’s College, and is described as one of the best of the old Dutch ministers of the 18th century.

The Reverend was so loved that he was buried under the pulpit of the original Harlingen Church in the dirt floor. A real honor. Sadly that building burned, and his remains were placed in the church cemetery on Route 206. 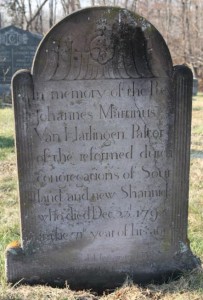 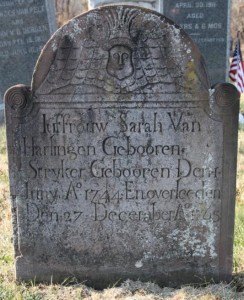 In 2013 a group of researchers at the Harlingen Church heard that Sarah Romagnoli and her son Joseph were interested in some Harlingen information. Joseph was a 10th grader researching Montgomery history for a class paper. In doing so he discovered that the Zimmerli Art Museum at Rutgers actually had a portrait of the beloved pastor. What a wonderful find!

To make a long story short the group went to see the very large oil painting which had been in storage and was displayed just that day at the Zimmerli. The curator, Donna Gustafson, was truly mystified about their interest in this rather obscure work. She explained, in fact, that the painting may well be a copy of the 18th century original which may have deteriorated. Nevertheless, the church women were thrilled to see the likeness of Rev.Van Harlingen.

Eventually the historical society secured the rights to allow VHHS to make their reproduction, which now hangs in the Gulick House. It was unveiled on October 15, 2014 at the VHHS program celebrating 350 years of history in New Jersey. 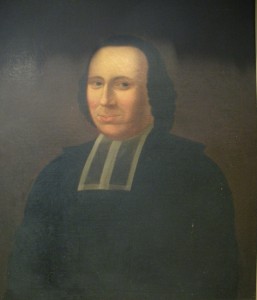 Both Chimneys Repaired at the Gulick House
Posted on November 26, 2013 by admin
Both chimneys have received significant repair as well as the wall along Route 601. In addition the peak on the east side was painted professionally since our volunteers were not eager to reach that high! Total repairs since February 2011 including the new furnace, roof and chimney work totaled $28,000. Thanks to a grant from the 1772 Foundation administered by NJ Historic Trust and help from Silvi Companies, our landlord, the cost to VHHS was about $16,000. Thank you to all our loyal donors for your help! We could not have made these necessary repairs without you.

Another May in Montgomery has come and gone! Attendees 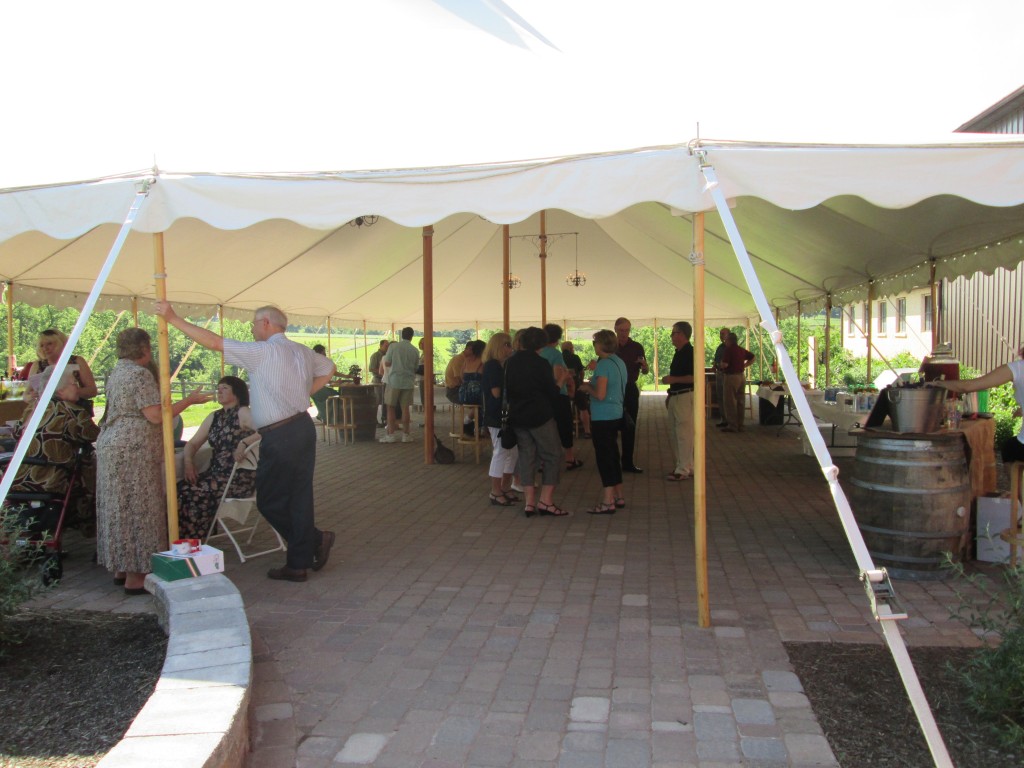 to this years events were treated to either a delightful celebration of the new roof at the Gulick House and/or a very hot but lovely wine-tasting party at Unionville Winery. Many thanks to all who supported our efforts. Click here for photographs of the events.

Cheryl Kuntz, the “Schoolmarm,” received recognition in May 2012 from the Somerset County Cultural and Heritage Commission for her interpretive program at the Bedensville Schoolhouse.

Longtime Montgomery resident and VHHS member Margery Ward donated to the Society a gavel made by her father more than 80 years ago. The gavel is used at all board meetings now by the president of the Society.

The Society held a reception at the Gulick House in July 2012 to honor the memory of Montgomery historian Ursula Brecknell. Ursula was a devoted member of VHHS who passed away in December 2011. Both of her daughters attended and they heard many fun and inspiring stories about their mother. This photo was taken at the 2010 Wine & Cheese party when then Mayor, Mark Caliguire re-presented Ursula with a Township proclamation honoring her and her work.